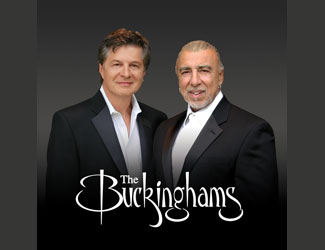 One of the most beloved and respected Chicago bands ever to explode onto the national scene, The Buckinghams’ live concerts pack power into 60s pop rock. Bringing back great memories with their chart-topping 60s hits, The Buckinghams include 70s favorites in concert, electrifying audiences with dynamic vocals and solid harmonies. Since 1982, original Buckinghams Carl Giammarese and Nick Fortuna and their band have delivered fast-paced, shows that bring crowds to their feet as they reflect on some of the best years of their young lives. Their No. #1 Billboard hit, “Kind of a Drag” first made them famous. Next came 7 national chart hits, 15 singles, and 8 acclaimed albums. Billboard Magazine named them “The Most Listened to Band in America”; The Buckinghams became favorites on national TV: American Bandstand, The Ed Sullivan Show, The Smothers Brothers’ Comedy Hour, and more.